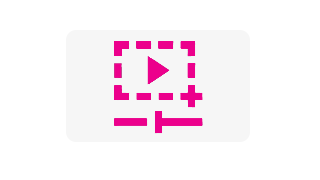 Online video has been recognised for some time as a great fit for brands, corporates, events and sports to engage with their audiences, customers, fans and stakeholders.

Live coverage is the next evolution as nothing matches the immediacy, authenticity and experience of live. Up until now, it has not been possible to integrate live production in to most communications plans for one simple reason – although anyone can now pick up a camera or phone and broadcast live, producing quality live programming has remained the sole preserve of production techniques and budgets that are relics of a bygone TV-dominated world.

3xScreen brings the magic of live TV from the studio to OBs at live craft fairs across the UK for the Ideal Home Shoppin...

3xScreen engineered a unique workflow that allowed a periscope broadcast to integrate multiple remote contributors who a...

3xScreen Media Live Streams LCFs MA during London Fashion Week. As another February rolls around, so does another London...

Multicam live production and live stream to YouTube brings Scootfest to fans worldwide. After the success of the inaugur...